Women Shouldn’t Ignore Unusual Symptoms: It Could Be a Heart Attack

Julie Braun was pregnant and on vacation when she started feeling pain in her neck. After unsuccessfully trying to relieve the pain, she went to the hospital and learned she had a heart attack. Now she's educating women on the non-traditional heart attack symptoms you shouldn't ignore.

If you are a woman who is having unusual feelings in your chest, arms, or neck, it’s important to get medical help right away, rather than ignore it. That’s because you may be having a heart attack. It happened to Julie Braun of South Burlington, and now she’s educating other Vermont women about being aware of non-traditional heart attack symptoms.

“Don’t dismiss it, don’t assume that it’s nothing,” Julie says. “Don’t try to walk it off or sleep it off. Listen to your body and if something funky is going on, go get it checked out.”

Julie is an ambassador with the Vermont chapter of the American Heart Association, an organization that we work closely with and support through our charitable giving. For Heart Month in February, she shared her story to help our members know what to look for.

Heart attack symptoms in women can be more subtle than what men experience. Because of that, women may dismiss the warning signs as something else, such as gas or acid reflux, and delay seeking help.

A vacation trip to Florida turned into a life-threatening situation for Julie. After going for a walk on her second day there, she was washing her hands in the bathroom when she felt a pain in her neck. She also had some chest and arm pain. She thought perhaps she had pinched a nerve in her neck.

Being 26 weeks pregnant at the time with her second child, Julie was accustomed to being uncomfortable. She lied down and drank some water, and tried to do some stretches, but nothing was working to relieve the pain. She wondered if something was wrong with the baby, so she called her obstetrician back in Vermont, who advised her to go to the emergency room.

Julie had previously seen a video produced by the American Heart Association, which explains how women experience heart attacks. Recalling this, she decided to take her symptoms seriously and quickly sought help.

At the hospital, blood tests indicated there was something wrong with her heart. “They thought I was having an aortic dissection, which is common in pregnant women. It’s basically your heart is ripping in half, which is lethal for pregnant women,” Julie says.

She was transferred by ambulance to another hospital, where doctors found a blood clot in an artery and did an angioplasty procedure to remove it. Further tests diagnosed a patent foramen ovale (PFO), a hole between the upper chambers of the heart. About 25 percent of people have a PFO, which is a congenital condition. Normally this hole doesn’t cause problems, except when there is a clot in the blood and the hole enables the clot to travel into dangerous areas. It can block an artery, like it did in Julie’s heart, or go to the brain and cause a stroke.

Julie thinks the blood clot developed when she was sitting on the flight to Florida with her son on her lap. Later, the clot traveled through the hole in her heart and lodged in an artery, causing the heart attack.

A PFO can be closed with a couple of medical devices that look like a tiny cocktail umbrella, Julie says, but it would have meant returning for annual checkups “and I didn’t want that.” Instead, she is being careful about preventing blood clots. She exercises, drinks plenty of water, and avoids sitting for long periods of time. When she is on a long flight, she tries to get up and walk around to keep clots from forming.

After her heart attack, Julie became involved in the local chapter of the American Heart Association. At first, she was a survivor speaker, telling her story at events and in a video. She was on the chapter’s leadership team for three years and co-chaired the chapter’s annual Go Red for Women dinner. The 2023 event will be held on April 11 from 6:30 p.m. to 8 p.m. at the Hilton Burlington.

The Go Red for Women dinner features a silent auction to raise money, which is used locally for education and research. At the dinner survivors tell their stories, like Julie did, to raise awareness. “These stories really help get the word out that heart issues are very common, even in young women.” 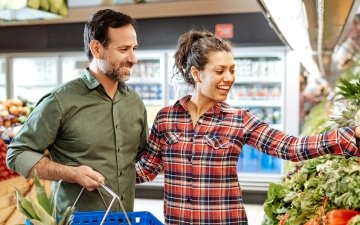 A Reluctant Vegan: Tips for Getting Started with a Plant-Based Diet 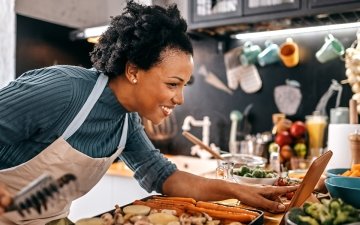 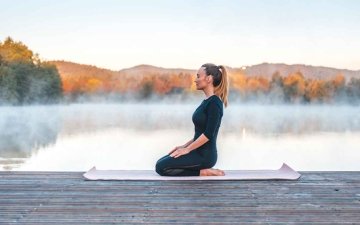 Wellness Programs That Help You Live Your Best Life