HOLIDAY CLOSURE: We are taking an extended holiday to thank our employees for their ongoing hard work and dedication to our community. Our office will be closed for the Independence Day holiday, starting at 6:00 p.m. on Thursday, June 30. We will reopen for normal business hours on Tuesday, July 5.  We hope you have a nice holiday weekend. 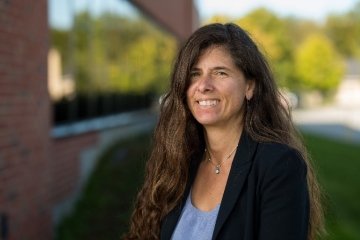 Rebecca Heintz’s legal philosophies are invaluable as we move into the next phase of health care reform and planning here in Vermont. Her deep knowledge related to federal and state health care law, insurance, Vermont regulations and her long-time service as an attorney in our state, support Blue Cross strategies that will stabilize the marketplace and offer responsible health care options to all of the people whose lives we touch.

Ms. Heintz joined Blue Cross in 2012. Prior to her time at the Plan, she was employed by the Vermont Department of Financial Regulation, known at the time as BISHCA. While there, Ms. Heintz provided legal support for the Insurance Division and ultimately for the Health Care Administration Division, providing legal and policy analysis on proposed legislation, working with stakeholders to implement various laws, and researching and drafting legislative reports. Another milestone in the history of health care reform here in Vermont, Ms. Heintz oversaw the implementation of Catamount Health.

In 2011, Ms. Heintz moved from BISHCA to the Vermont Department of Mental Health where she served as the Deputy Commissioner. While working for the Department of Mental Health, she served as the Interim Executive Director of Vermont State Hospital, including during Hurricane Irene, and helped pass into law plans for a new psychiatric hospital in Berlin.

Over the course of her lifetime, Ms. Heintz has called Vermont home. Graduating from South Burlington High School, she moved to Burlington to attend the University of Vermont (UVM). In her time at UVM, she majored in environmental studies, with a minor anthropology. Upon graduating from UVM, she was accepted into Lewis & Clark School of Law in Portland, Oregon. While in law school, she focused on areas such as income tax law and environmental law. After seven years in private practice, with a focus on commercial litigation, she and her family returned to Vermont in 2002.